The knowledge that must be mastered in calligraphy and painting appraisal

The knowledge that must be mastered in calligraphy and painting appraisal 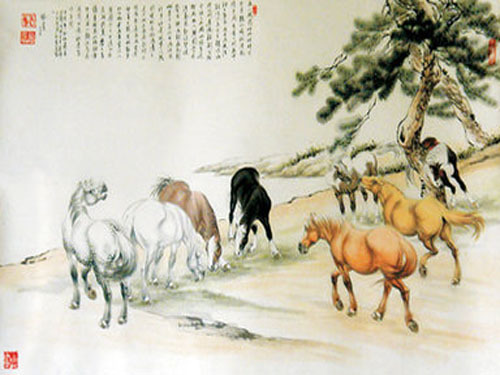 The knowledge related to the study of painting and calligraphy should be multifaceted. Some are more direct and some are more indirect. Chinese painting and calligraphy is a product of Chinese history and culture. Therefore, it is inseparable from the history and culture of China. Painting and calligraphy must be understood in order to understand Chinaâ€™s history and its knowledge of literature and history. Such as the rhythm of poetry, calligraphy and cutting knowledge, as well as the titles of successive emperors, officials, rituals and so on. Most of the famous painters and painters of the ages had a considerable level of literary attainments. Many of the painters and artists themselves were literary artists. The calligraphy and paintings that they write, the book, and the title are often directly related to history and literature. If one encounters a poem written by a certain poet in the Qing Dynasty in the works of a painter of the Ming Dynasty, then this painting is surely a false one.

The year of counts of dry branches is a special year-round method for China. This method of age dating is both accurate and practical, and has had a great impact on the development of our country's history, the customs, habits, and economic and cultural life of the people. For this reason, the time of creation of the titles in Chinese ancient paintings and calligraphy works is always in the form of the year of the king of the dry and the kings. Even modern and even contemporary painters still use this method. Therefore, it is very important to confirm the age of the dry-bearing dynasty, and to confirm the creation time of the Qing dynasty painting and the author's own creation age. The so-called dry support is actually a combination of Heavenly Stems and Earthly Branches. A total of ten dry stems, followed by A, B, D, O, H, H, Hg. The branch is 12 branches, followed by the ugly å¯…å¯ å·³ å·³ å·³ å·³ æœª æœª æœª æœª æœª. The dry branches are matched in order of two to sixty cycles, one for each. People often say that "Sixty Hundred" is from here.

It is also necessary to ascertain that the age of the painter and the authenticity of the works were to avoid knowledge of the relevant knowledge that must be known in the identification of paintings, paintings, and paintings. The origin, types, and methods of the avoidance system are also a specialization in Chinese history and culture. Avoidance can be roughly divided into avoiding pilgrimage and evading home. Avoiding the Hajj is to avoid the names of the emperor and the emperor; avoiding the family is the name of the elders or ancestors in the author's family. In the identification of paintings and calligraphy, avoiding pilgrimages is relatively easy to master. The specific methods of avoidance are basically: the word, lack of pen, empty words, modified sound and so on. The scope of avoidance includes the names of persons, place names, official names, names of objects, and so on. The situation of avoiding embarrassment is more complicated and must be specifically treated in the appraisal. For example, Wang Jian, one of the â€œFour Kingsâ€ of the Qing Dynasty, changed the name â€œXuan Zhaoâ€ to â€œYuan Zhaoâ€ because his character â€œXuan Zhaoâ€ was used to avoid the name â€œXuan Xiâ€ of Emperor Kangxi. The payment is usually written as "Yuan Zhao Wang Jian" or "Wang Jian Yuan Zhao".

The knowledge of ancient architecture, garments, and living appliances should also be mastered. Due to the historical development, cultural background, and living habits of each era, there are different characteristics in these aspects. These can be mutually confirmed by historical and historical documents found in ancient times. Such as the famous "Ching Ming river map", so far there are many books spread, and only one of them is true. This is because the original song of Zhang Zeduan in the Northern Song Dynasty complied with the form of the Song Dynasty regardless of bridges, boats, cities, and city contours. In particular, the walls are made of earth, except for the brickwork. Other false walls are all bricked, and such brick walls do not appear until the early Ming Dynasty.

We can make Spangle Embroidery Fabric .3D Embroidery Fabric on this poly mesh fabirc.And it could be one tone or multicolor.Most of these designs are designed by ourselves and you will see that it't very popular and pretty. 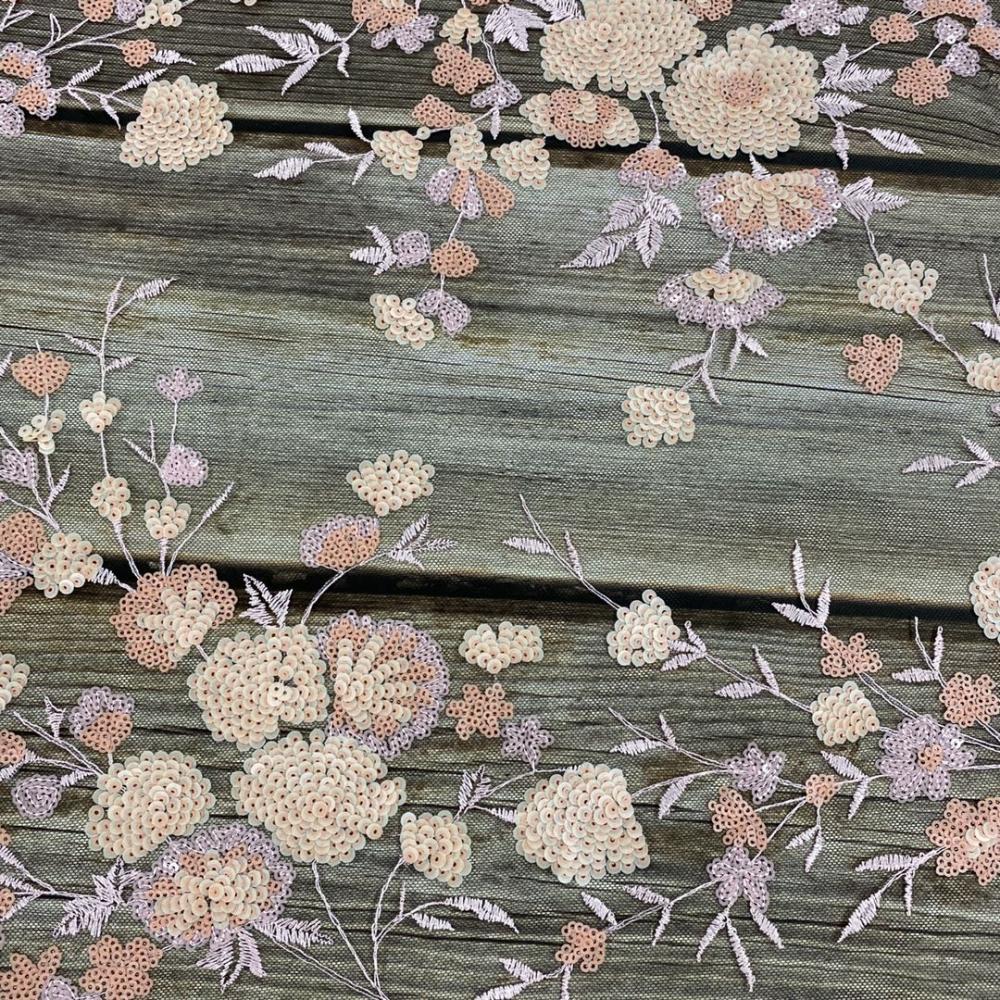 Next Article
Is the energy-saving retrofit a glass change or a thermal insulation film?
Prev Article
On the earth, Hetian jade seeds are all excavated. How many people can have one on average?
Home
Recent Posts
Archives
tags