The transformation of Shenzhen Textile has been irreversible

The transformation of Shenzhen Textile has been irreversible 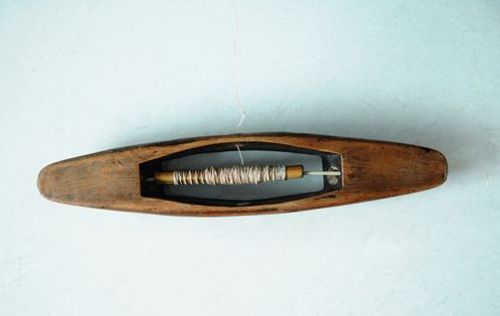 Yesterday, Shenzhen Textile A held its third extraordinary shareholders meeting in 2012. The companyâ€™s evening announcement stated that the meeting was conducted on the basis of on-site ballot voting and online voting, and reviewed and approved the â€œAbout the adjustment of the companyâ€™s 2012 non-public offering of shares to specific targets. Matters of Motion. In the voting, the resolution was passed over 2/3 of the total number of shares with valid voting rights. Market participants believe that this means that the old textile textile company in Shenzhen, the transformation of the road has been irreversible.

Or will be transformed into a polarizer localization pioneer

Shenzhen Textile's aim of this private placement is to raise funds for the construction of a TFT-LCD polarizer phase II project. TFT-LCD polarizers are currently one of the upstream basic components of liquid crystal panels (LCDs) used in electronic products such as color TV computers and mobile phones. According to Hui Weilun, an analyst in the electronics industry at GF Securities, the company is currently one of the largest TFT-LCD polarizer manufacturers in China. After 17 years of deep plowing polarizers, the company has mastered the polarizers for TFT-LCDs. A full set of production technology and technology, with advanced research and development capabilities and a number of patented technologies, is also the drafter of polarizer industry related standards, occupying the commanding heights in the field of domestic polarizers. It is Shenzhen Shengbo Optoelectronics Technology Co., Ltd., a wholly-owned subsidiary of Shenzhen Textiles, who is responsible for the development and production of polaroids.

Yesterday, we interviewed the office of Shenzhen Textiles Board of Directors. The relevant person stated that the second phase project of TFT-LCD polarizer is to further implement the overall plan for the construction of the company's TFT-LCD polarizer project and improve the layout of Shenzhen's liquid crystal display industry chain. Initiatives. This project is not only in line with the current policy development needs, but also strongly supported by the major shareholder Shenzhen Investment Holdings Co., Ltd., Shenzhen Investment Co., Ltd. will invest its own funds of 360-600 million yuan to subscribe for this non-public offering of shares.

According to forecasts of Changjiang Securities, GF Securities and other industry analysts, the success of the first phase of the project provided a good demonstration of the second phase of the project while the project's prospects were widely recognized. After the second phase of the project is completed and put into production, the production capacity of polarizers for TFT-LCD will be increased by 12.8 million m 2 /year. It is estimated that the project will achieve an annual average sales income of 2.681 billion yuan after the project is put into production, with an annual average profit tax of 378 million yuan. The average annual net profit is 205 million yuan. The ever-increasing and lucrative benefits will quickly open up the distance between the company and its peers, and allow the company to have exclusive access to the huge space for import substitution, and become the pioneer in the domestic polaroid film production industry.

In addition, as of the end of the third quarter, the companyâ€™s net profit, earnings per share, weighted average return on net assets, and weighted average return on equity after deducting non-recurring gains and losses were reduced by 507.49% over the same period of the previous year. , 500%, 520% â€‹â€‹and 633.33%, mainly due to trial production of Line 4 of the first phase of the polarizer for TFT-LCD line. The related costs increased, which resulted in a significant decrease in profits year-on-year, which resulted in earnings per share and net assets income. The financial indicators such as the rate also dropped significantly; the net cash flow from operating activities decreased by 487.79% compared with the same period of last year, mainly due to the trial production of the â€œTFT-LCD Polarizing Film Phase I Projectâ€ Line 4, procurement of raw materials and R&D expenses. And other related costs and expenses.

Chen Zhijian analyzed that the current global large-size panel production capacity has gradually shifted to the mainland. Under the local matching requirements, the polarizer main supply chain must shift with the transfer of panel production capacity, and the domestic polaroid panel market is expected to usher in new growth. In addition, due to the continued decline in the prices of large-size panels, the continued market downturn has further increased the cost pressures for panel makers. As a raw material for panels, the polarizer industry will usher in import substitution opportunities, and the companyâ€™s key technologies and formulations for polarizers , process know-how and yield control have a deeper accumulation.

However, an institutional investor who once participated in the site investigation of Shenzhen Textiles told reporters that in addition to the high cost of expansion, in fact, compared with other upstream materials of LCD panels, Shenzhen Textile Co., Ltd. does not invest in the gross margin of polarizer projects that invest heavily in gold. Not high. From a strategic point of view, the localization of TFT-LCD polarizers in Shenzhen Textiles has improved the domestic flat panel display industry chain; but to a certain extent, due to the monopoly of key upstream materials, the production of polarizers is particularly small. The bargaining power of domestic enterprises is very limited, and the excess profits of the industry are mostly drawn by upstream material manufacturers. "In today's domestic flat panel display industry, the overcapacity is now visible, and our investment in this area is more cautious," said the investor.

Custom Badges
The greatest thing about badges is their diversity. They can be used for almost every activity, event or organization, and they are an effective way to get you in the public eyes! Over the past 12 years, Anna Artwares have become an expert at crafting custom badges for a variety of purposes, for clients including small businesses, schools and clubs to corporate companies and globally recognized charities.

You can order a custom badge in a range of finishes, such as soft / hard enamel, silkscreen printing, offset printing, photo etching and so much more.

We are a 12 years' manufacturer of custom badges, and can help you creat the badge you want professionally.

Processes:
1) Firstly, you give us an existing sample, or send us the artwork in vector formats, like .ai / .cdr / .eps
2) We do Molding / Tooling, accoring to your artwork
3) We do Die casting / Die Struck
4) We do Polishing
5) We do Plating colors, according to your artwork
6) We do Filling colors
7) We do Surface Protection: exposy or not

9) We do Shipping to you, or to your customer.

Price: us$0.5 to us$4.0 each piece, depending on your design, quantity and requirements.