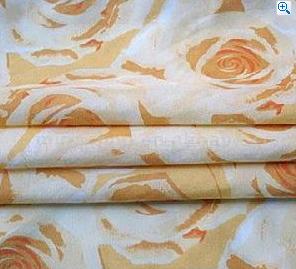 In the notice of the WTO (November 1, 2012), the United States requested to participate in a Mexican case concerning complaints concerning the illegal subsidy in the textiles and garment industry in the mainland of China in accordance with Article 4.11 of the WTO Dispute Settlement Rules and Procedures, indicating that it was in the dispute. Since there are substantial trade interests in the case consultancy, there are valid reasons for participating in consultancy.

On October 15 this year, Mexico filed a dispute resolution procedure with regard to providing illegal subsidies to textile and garment manufacturers in mainland China, and proposed that its textiles and garments be exported to the United States from 2001 to 2011 due to export subsidies in mainland China. The price cuts, price suppression, and inability to raise the selling price have led to the replacement of its exports and its impediments to its export to the United States, causing it to be seriously damaged or seriously impaired.

Following the EU, Australia and Guatemala, the United States requested to participate in the China-Mexico dispute. The EU stated that it has substantial trading interests in the above-mentioned disputes because it is the second largest exporter of garments and textiles in the world in 2011. Australia pointed out that its substantial trade interests include its exporters of textiles and garments and the major cotton exporting countries. In addition, there are relevant interests in the appropriate description of relevant provisions of subsidies (including agricultural subsidies). Guatemala stated that its annual export amount of US$85 million in textiles and garments, which account for more than 13% of the total export value of the country, will be affected, and it also correctly explains the institutional benefits of the â€œApplicable Agreementâ€ (Note).

Mexico stated that mainland China provides illegal subsidies in the form of tax exemptions or tax reductions (mainly income tax), and preferential items such as land, electricity and cotton, polyester, etc. are offered preferential treatment for goods and services that are not general infrastructure, and Including direct subsidies such as providing vendor subsidies and debt relief. If China and Mexico did not consult in mid-December of this year, Mexico could request the WTO to set up a dispute resolution panel to decide.

So far, the U.S. side has still refused to support Mexico in the dispute. The data of the complaint filed by Mexico was taken from the U.S. government information. Some of the measures were used by the United States to accuse the Chinese government of failing to notify the WTO Secretariat. .

Next Article
The transformation of Shenzhen Textile has been irreversible
Prev Article
What is a satin fabric?
Home
Recent Posts
Archives
tags