Bosideng faces high inventory challenges
Downing leading company Bosideng (03998.HK) released its interim results. For the six months ended September 30, Bosideng's revenue decreased 8.8% to 2.81 billion yuan. Its gross profit margin and net profit increased 3.8% YoY and 3.1% YoY, respectively. E-commerce channels were realized Sales of about 50 million yuan, an increase of 71%. Affected by this year's economic situation and the downturn in the apparel industry, the domestic consumption, especially the apparel market, is not satisfactory. As a result, many apparel companies have experienced the problem of rising stocks. The outbreak of bird flu in spring also helped boost the raw material cost of down jackets to a certain extent. Bosideng also recorded inventories of 2.20 billion yuan in the report period, compared with 2.82 billion yuan in the same period of last year, an increase of 18.6% over the same period of last year. E-commerce and other new channels will also become one of the channels for digesting inventories. In this year's 11th event, Bosideng Group's e-commerce achieved sales revenue of 110 million yuan, an increase of nearly 10% over last year. Data show that the statistics of Taobao data monitoring tools down, Bosideng flagship down jacket sales in the double the amount of more than 60 million on the same day, down jacket category ranked first in sales, sales than the second largest brand more than 23 million yuan. Bosideng stakeholders said the company will conduct a comprehensive restructuring and upgrading in the first half to strengthen the procurement of refined management, optimizing the cost of production. Through the rational planning of production, to prevent the emergence of new stockpiles. Through the analysis of the channels to sort out the development of the company to develop a channel expansion program, dealers have begun to do channel optimization, increase the proportion of direct sales stores, while the company will have room for development of second and third tier cities as the focus of future expansion channels , These will be reflected in the next earnings report sales, inventory and other data. Bosideng Group, the relevant person in charge further said Bosideng will continue to implement the sub-brand management strategy to further consolidate the leading position down jacket business. At the same time, the Company will continue to integrate the resources of non-down business segments, adjust product positioning and rationalize new retail channels so as to further enhance the competitiveness of such businesses under the conditions of intensifying product mix optimization, developing four seasons, diversifying and internationalizing business ideas The proportion of the Group. At the same time, the Group will further strengthen data management and analysis, and adjust and optimize the channel mix based on the data. Strict control of the operating costs, improve operational efficiency will be our continued focus of the future work. In addition, the Group will also introduce four seasons clothing brand management personnel, do a good job of non-down jacket business management and management. Bosideng Group Chairman Gao Dekang said that China's garment industry is facing the biggest challenge in 10 years. Retail sales growth in the PRC continued to slow down. Together with rising raw material prices, labor costs and rental costs, the retail apparel industry is gradually losing its profits. The Group fully recognizes the challenges currently facing the Group and will carry out the following key tasks in an orderly manner: First, strengthen procurement management and optimize production costs; second, adopt prudent principles to rationally plan annual production volumes and prevent new stockpiles from accumulating; thirdly, Is to scan the channel combing, analysis and development of channel expansion program, promote the construction of a planned channel; Fourth, the full transformation of the retail, training and technical support for the terminal's operation; Fifth, strengthen the management of information technology; Sixth, the steady development of electronic Business, Actively explore innovative online offline retail model, continue to work to ensure long-term sustainable development. Orient Securities analysts believe that the brand apparel sector is expected to bottom out in the second quarter of 2014 rebound, online and offline integration will be the long-term trend, the industry's future breakthrough may be mainly from the brand and product differentiation, streamlining and streamlining offline channels, channel flattening , The integration of online and offline development, the professionalization of management and the integration of brands through the realization of the development of the group and so on.

String tags means small seal tags as following photos. We produce and export a wide range of garment seal tags that come with special locking device, which cannot be reopened and attached to another garment. Our locking seal tags are widely demanded in various industries including apparel and garments. We can offer our plastic seal tags in various options including color, size and shape as per the customers` requirements.

This tag can be reused. More than 90% string tags just could be used one time, but small model could be used twice or more times, such as below tags. Our professional tecinican can judge which model is one time used ,which one is reused model. 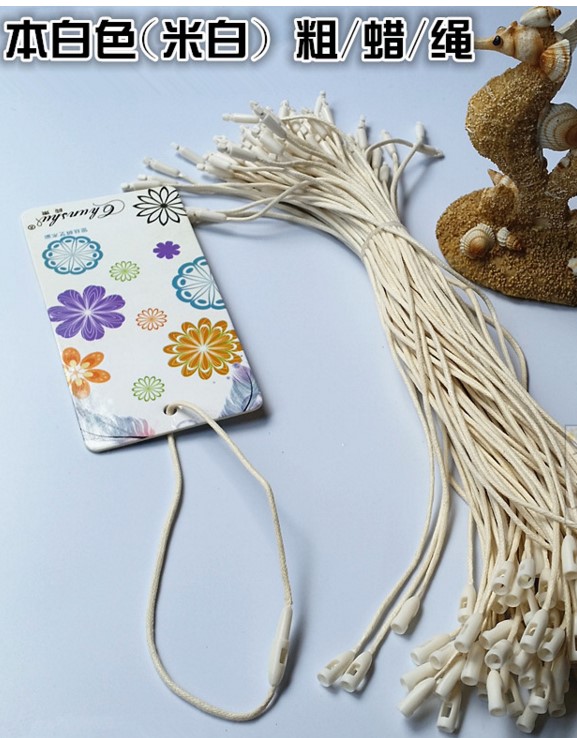