How to identify high ancient jade

How to identify high ancient jade

The ancient jade articles generally refer to the jade articles of the Warring States Period and the Han Dynasty. The jade articles before the Ming Dynasty are called ancient jade, and the jade articles before the Han Dynasty are called Gao Guyu. Gao Guyu is dominated by Hetian jade, and has always been one of the best. It has remained in the hands of the museum and a handful of collectors. . In recent years, ancient jade has become the pursuit target of fans with certain strengths. The rich cultural connotation contained in ancient jade has become the driving force for collectors to frequently shoot. Gao Guyu is highly sought after by collectors at home and abroad for its long history, rich cultural connotations and extremely high historical research value. 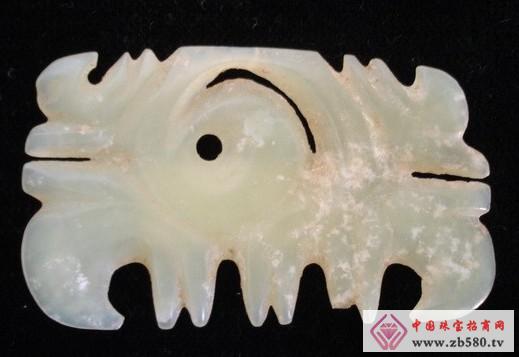 How to identify high ancient jade?

1, broken old and new: the calcification of the utensils, the ochre transition is natural, and deep into the texture. (Short-term falsification, definitely not the case)

2, look at the patina: in addition to being corroded, the ancient jade will have a slurry, the most important thing is that the perforation and the pulp in the knife should be consistent with the outer patina, and integrated. Some will also have localized oxidized protrusions at the same time.

3: When playing, the place with calcification will slowly change back to the nature of jade. According to the weight of calcification, the time is long and short; the above color will gradually become lighter, but will not disappear. After a complete change, the jade will be very moist. Counterfeit goods are absolutely unchanged.

4: Put the jade into the warm water of about 80 degrees. Calcified, it will continuously emit small bubbles from the crack (because the calcification changes the internal molecular structure and becomes loose). This phenomenon does not occur without calcification.

5: Put it in water or get it with water. If you knead it with water, you will feel a sticky feeling. And every time, until the game is transparent.

6: The utensils in the play, there will be a gray skin after seeing sweat or water. (ashing phenomenon)

8: Jade has natural cracks. This is because the jade is in the ground for a long time, and it is affected by geothermal heat and ground moisture. That is what we often say "the ten jade and nine cracks." This is also an obvious characteristic of unearthed jade.

9: Unearthed jade has a yin and yang surface. Because of the influence of the hot minerals in the wetland, the change of the positive side is smaller than that of the negative side, that is, calcification, ochre, corrosion and the like are worse than the negative side.

10: Look at the reflection, because the ancient jade is made by hand. Due to the uneven force, the processing surface will have many small faces, so there will be different reflections when looking at the light.